Today is the day that I move into my rental house, and I am very happy about that. I’ve thoroughly enjoyed my stay at the La Terraza Guest House B&B. Jeanetta and her son Charles are the proud owners of this beautiful and picturesque piece of Costa Rica. The Costa Rican-styled breakfast served on the patio every morning by Cristina was truly delicious, and I absolutely enjoyed having breakfast with guests from Switzerland and Italy.

My first stop today is the Kolbi Ice office, where I signed up for internet service. I was surprised to learn that they now have fiber optic here in Costa Rica, which is extremely fast. I’m told that Kolbi Ice is the oldest and most reliable service in all of Costa Rica. My second stop for the day was MoviStar to get a SIM card for my cell phone and receive a Costa Rican phone number. Internet and cell phone service are very important for me because I live online, and I got both tasks completed within a matter of a few of hours.

Still, the biggest task for me is immersing myself in the language. Learning Spanish is imperative, as I’ve experienced in the past week. I have three Spanish language apps on my cell phone, and as I believe that over time I will become proficient enough to at least communicate without using my hands and all kinds of gestures.

At my rental house, I was waiting for the Kolbi Ice technicians to arrive and install my internet service. The representative showed up earlier than expected. At first, we had a little shaky communication because the technician didn’t speak English and I don’t speak Spanish. I needed to sign a document before he could get started, but I didn’t understand what he was telling me and I couldn’t read the document because it was in Spanish. Meanwhile, he didn’t understand me and all of my gestures and hand signs. He quickly called his office and an English-speaking representative cleared the matter up. I was excited to get online with my very own Wi-Fi, but after I signed the document, the representative said “adios” and left. I was left to wonder what was going on.

I waited and waited and waited… and finally about 2.5 hours later I saw two guys in an official Kolbi Ice truck. I assumed they were here to install my internet. Boy, was I wrong! They unrolled wiring and climbed a telephone pole, then came into my yard and climbed the pole there to do something with the transmission box. They looked so professional and confident in what they were doing that I assumed my internet would be up and running soon.

After the guys had finished, I calmly asked about my password, completely forgetting that you have to have a modem connected before you can operate online yet these guys never came into the house. They didn’t speak English and didn’t understand what I was saying, so I quickly called a friend to have her interpret for me. And after a 5-minute conversation in Spanish, she told me that they were not there to install my internet. They were there working on a neighbor’s cable system.

Still sure I’d be online by the end of the day, I waited another hour or so before a third Kolbi Ice truck appeared in front of my house. I went out to meet the technician and chat with him, convinced that I would be online momentarily. The gentleman again spoke only Spanish. I showed him the order sticker from Kolbi Ice in my front window. He looked at the sticker and nodded.

By this point I knew not to try communicating in my limited Spanish, so I said “un minuto” and dialed my friend again. They chatted in Spanish and then my friend let me in on the reality: My internet service would take two months to get installed. I’m sure my shocked expression gave the technician quite a chuckle.

Before deciding to move to Costa Rica, I had been warned that things here don’t move as fast as we are accustomed to in the States.

I took a deep breath and chilled. Then I contacted my landlord to look into the matter because I can’t wait for two months.

To be continued on following posts… 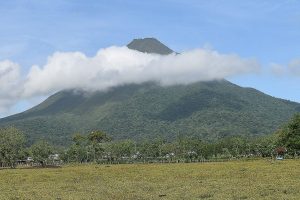 People often ask me, “why Grecia?” I considered many factors[...]