Our driver, Diego, arrived about an hour early to pick me and Tezzy up for our trip to Jaco on Christmas Eve in order to avoid some of the heavy holiday traffic. I wanted to spend Christmas in Jaco and introduce Tezzy to some of the places I stayed when I was on tour back in April of 2019. Jaco was one of my favorites because it reminded me so much of Malibu in Southern California.

The ride south to Jaco was pleasant and very scenic on that very warm December day. Tezzy mentioned that the narrow winding roads reminded her of Baguio City in the Philippines, which she often visited. We made a brief stop on the Tarcoles River Bridge to view crocodiles from afar in their natural habitat. After snapping a few pictures, we headed back to the van and proceeded to Jaco.

Jaco is a major tourist destination, with some of the best sports fishing in all of Costa Rica. Its downtown is fairly compact, with most activity occurring on the main road through town. We arrived at The South Beach Hotel and settled in before walking to the beach only a few steps away. I expected there to be hordes of tourists on the beach because of it being Christmas, but there weren’t that many people. I was pleasantly surprised. The beach was very clean, and the clear blue waters produced enough gentle waves for the surfers and a warm breeze.

For dinner, we walked downtown, which was very close to the hotel, to eat at Senor Harry’s, which reminds me of Senor Frogs in Mazatlán, Mexico, where I spent some time vacationing back in the day. The only difference was that Senor Frog’s in Mexico was 10 decibels louder and right on the beach. I ordered the chicken fajitas while Tezzy ordered the beef. Both were extremely riquisimo (delicious). The atmosphere was cool, and the servers were very pleasant.

A band was setting up to start their performance at 7 PM. On our way out of the restaurant, one of the band members, a Reggae-styled white guy with dreadlocks, stopped us and asked why we weren’t staying for the show? We chatted a bit and I learned that he was from Dallas, Texas, and lives in Costa Rica six months out of the year. He quickly introduced us to a Filipino family and their kids enjoying a meal nearby while on vacation.

On Christmas Day, we awoke to a free early buffet breakfast on the hotel’s open-air patio, which we enjoyed with other vacationers. After breakfast, we spent at least half of the day soaking up the sun and fun beachside. We met an African American family vacationing from Fayetteville, North Carolina. The husband and I shared the same name, Rahsaan, although his is spelled differently. In addition, that is his birth name whereas mine is an adopted name since my early days in radio. Rahsaan and his wife were thrilled when I told them the story about the origin of our names, and we promised to stay in touch through social media. I can honestly say that I’ve made more friends here in Costa Rica within the last two months than I made in the last two years of living in California.

After dinner that night, we walked to the Catholic Church de Jaco, which was several blocks from our hotel, for the Christmas Mass. Although neither Tezzy nor myself can speak or understand Spanish, the Mass was beautiful. Indeed, just being surrounded by other believers on such a special occasion was inspiring. Afterward, we walked back to the hotel along with a family vacationing from Germany.

Early the following morning, our vacation in Jaco was nearing an end. We enjoyed a big buffet breakfast before checking out of our hotel room and waiting for our driver, Diego, to pick us up for the trip back to Grecia.

Jaco can be a great place to relax and chill. It is a perfect place to do everything or nothing at all. When visiting Costa Rica, Jaco is a “must-see” spot.

After a delicious open-air patio breakfast at our hotel, which[...] 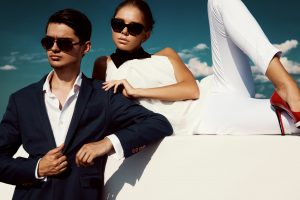 Keeping Up with The Joneses

One of the most exciting things about moving to Costa[...]