Tezzy and I took off on a beautiful, sunny early Sunday morning with two of my favorite people: Jeanetta and our good friend Gerardo, who just happened to be our driver and official tour guide. Jeanetta rented a very nice Suzuki 4-wheel drive vehicle because we would likely encounter some potholes and rugged terrain along the way. We took routes off the beaten path on this excursion to the Caribbean coast.

Our first destination was Tortuguero, Costa Rica, a place where neither Tezzy nor I had been before. Jeanetta likes to say “this is all part of the adventure.” Tortuguero is a village on the Northern Caribbean coast of Costa Rica in the Limon Province. The small village, which can only be reached by boat or airplane, is sustained almost entirely by eco-tourism. The population is estimated to be approximately 1200 to 1500 people. Tortuguero, which can be translated as Land of the Turtles, shares its name with the neighboring Tortuguero National Park. The village is situated on a sand bar island, separated from the mainland by Tortuguero River and bordering the Caribbean Sea. Tortuguero is renowned for its navigable canals that run through the rainforest in the national park, earning it the nickname of “Central America’s Amazon.”

I’m not exactly sure which route we took, but we passed through the small town of Puerto Viejo, near the Rio Sarapique. This is not the Puerto Viejo tourist town in the Limon Province. I didn’t even know there were two towns by the same name. We also passed through Bajos del Tora, Rio Cuarto, heading east toward Tortuguero, which is about a 2-hour boat ride from the southern coast of Nicaragua. Soon we arrived in Guapiles, one of Costa Rica’s most popular cities, located within the country’s banana-growing region. Earth University is located in nearby Guacimo. We decided to stop for lunch in Cariari, where we dined at Soda Marisqueria. We all ordered either fish (pescar) or chicken (pollo) casado.

When we finally reached the outskirts of Tortuguero, we took a wrong turn and got off track for about 45 minutes. We ended up on a bumpy gravel road that led to a dead end. Warning! You can’t always trust your GPS device, which at times can send you in the wrong direction.

Once we got back on track, we came to the area where we parked our vehicle and boarded a river taxi to get to one of the main areas of Tortuguero. The boat ride took about 45 minutes down the Rio la Suerte to get to the dock, where we had to decide about where to spend the night. We met a young tour guide aboard our river taxi named Roberto, and he mentioned that his family owned a group of cabinas (cabins) right on the beach that could accommodate us for the night for only 6000 colones (less than US$10 per night). We jumped at the opportunity, although we wanted to see the rooms before committing.

We followed Roberto a short walk down the main street past some restaurants and across the soccer field to their property, called Cabinas Balcon del Mar. The rooms were small, but clean and tidy, with a bathroom and hot water, which was all we needed to know. We arrived after dark and were very tired and hungry, so Roberto ordered express takeout from a nearby restaurant. We enjoyed a delicious dinner on the patio while listening to the sweet sounds of the ocean waves only 100 yards away. 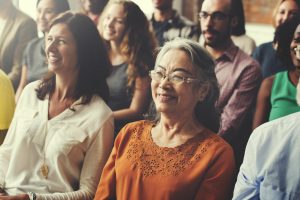 Jeanetta Owens recently called to invite Tezzy and me over[...]

The very first time I visited PriceSmart, I noticed a[...]