Jeanetta Owens recently called to invite Tezzy and me over to La Terraza for a Sunday afternoon BBQ on February 21. An invitation from Jeanetta means an epic event with other like-minded people. I was excited to return to La Terraza, where the grounds and surroundings are simply gorgeous and full of nature.

Jeanetta has become a very good friend since I first arrived in Costa Rica. La Terraza Guest House B&B is recognized worldwide as one of the best places to stay in Costa Rica, and I spent my first six nights in the country there, loving every minute of it, as I detailed in “A Rainy Night in Grecia” (published April 23, 2020) and “La Terazza Guest House B&B Grecia, Costa Rica” (published October 22, 2020). While staying there, I met vacationers from around the world, including Switzerland, Italy, and of course the U.S. I tell all my friends coming to Costa Rica to book a stay at La Terraza, where you won’t be treated like a guest, you’ll be treated like family.

Marcus, a friend of ours from Switzerland who is currently vacationing here in Costa Rica, picked us up promptly at 2:00 pm, and we headed off to La Terraza, which is only about 15 minutes away in San Roque. After arriving at La Terraza, we met the other guests seated with Jeanetta on the patio. Some were on extended vacations, such as Merlan from Atlanta; others were visiting from Los Angeles. An airline pilot from North Carolina arrived with bags in hand to check in and was eager to join the festivities.

Tezzy and I always love visiting La Terazza because we meet new people and make new friends from all walks of life and from around the world. We soon moved the small group down to the pristine garden area, where tables and chairs were set up. A lovely married expat couple joined us. They had recently moved to Costa Rica from the UK, although the wife is originally from Scotland. We had a little international thing happening, which was great.

Cristina and a couple of helpers brought out the food. Jeanetta made sure that we all wore masks while serving ourselves at the buffet tables. We dined on delicious BBQ chicken with sauce and grilled chicken without sauce prepared by Cristina as well as potato salad, vegetarian spaghetti, green salad, pizza from Marcus and vegetarian macaroni and Malaysian Keema prepared by Peter. Tezzy brought her Filipino lumpia as well. In addition, we enjoyed French bread, peanut butter and chocolate Girl Scout cookies, chocolate cake, and of course wine and beer. I’ve always said that good food and great conversation make for an enjoyable time. On this perfect sunny Sunday afternoon, it was no exception.

Jeanetta and her son, Charles, are the proprietors of this beautiful piece of Costa Rica. If you’re planning on visiting, I highly recommend booking reservations at La Terazza Guest House B&B here in Grecia, Costa Rica. 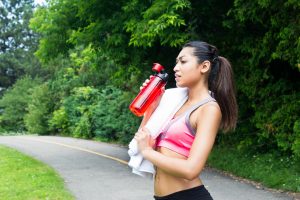 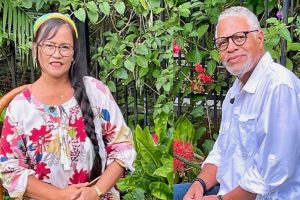 During the Easter weekend, Tezzy and I decided to take[...]