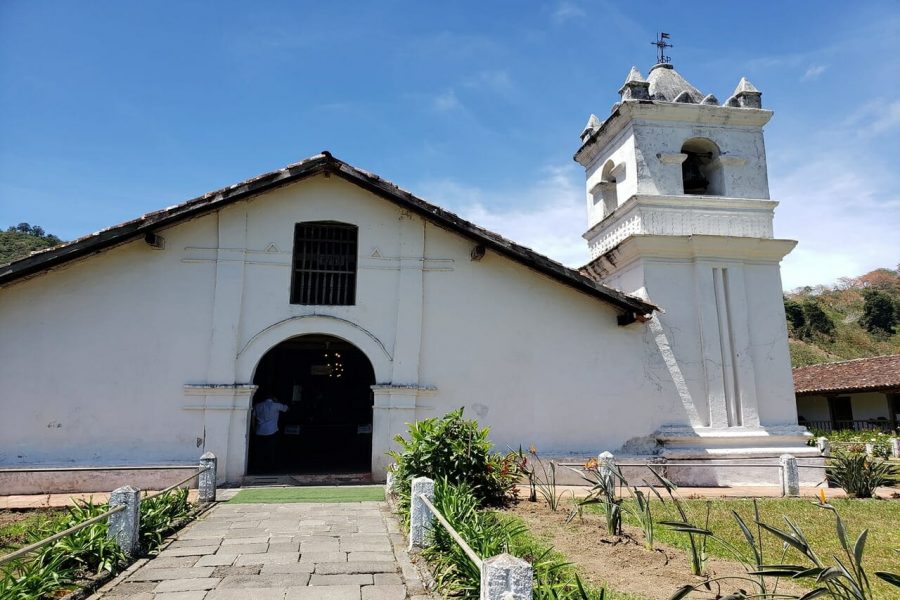 Costa Rica’s Oldest Church:  Iglesia Colonial De Orosi – This magnificent church is still open today. Most Costa Ricans are Catholic, and Catholicism runs deep within the culture and is seen in most holidays and everyday life. The Colonial Church of Orosi is located in the Orosi Valley, a region East of San Jose, the Capital of Costa Rica. Construction started on the building in 1743 by a group of Franciscan missionaries who first built a convent. Ten years later, they started building the parish, and in 1766, they finished construction on the parish. Photo by Cindy Findley

If you ever visit Grecia, one thing you can’t miss is smack dab in the middle of the town’s center: a humongous, beautiful, bright red metal church. It is the centerpiece of Grecia.

Iglesias de la Nuestra Senora de la Mercedes (Our Lady of Mercy) is the most exciting structure in Grecia because its bright red color and composition entirely of prefabricated metal sheets make it unique. I first laid eyes upon this magnificent structure back in April 2019, when I was on tour in Costa Rica. It faces west and punctuates the north end of the central park, where Tezzy and I often sit, talk, and watch people. Occasionally, when I have errands to run in town, Tezzy will enter the church for prayer and solace.

Many stories and urban legends surround how the church arrived here in Grecia, which in Spanish means “Greece.” However, records clearly show that the instruction, shipment, and construction of the church were a coordinated effort of Grecia’s population, the Catholic Church, the Costa Rican government, and Alejo E. Jimenez Bonnefil (1858–1922), a Costa Rican coffee producer and exporter who oversaw commanding and importing the church from the manufacturer Ateliers de la Societe de Couvillet in Belgium in the late 19th century.”

The church is stunning and unusual, with solid sheets riveted together and then painted red and outlined in white. If you ever get the opportunity to visit the Central Valley of Costa Rica, you absolutely must visit the red metal church of Grecia. Photo by R. Jackson

Another gorgeous edifice is La Negrita – Shrine to the Black Madonna. Unfortunately, the first time Tezzy and I were there was during the beginning of Covid – 19, and the church was closed, and no visitors were allowed inside. It is in Cartago, Costa Rica.  Photo by Cindy Findley

We’ve never visited this church, but the ruins are simply beautiful and picturesque. The ruins of Iglesia de Nuestra Señora de Limpia Concepcion. It was built between 1575 and 1580. The facade and altar of the church, which was initially constructed from limestone, have been restored.   The church is located in the Orosi Valley. According to legend, an indigenous farmer found an image of the Virgin Mary, which he could not remove from the location. The event led to the church being built at its current location.   Photo by Cindy Findley 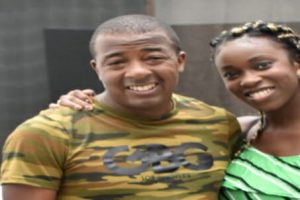 Many people will lead you to believe that Costa Rica[...]

A Wedding on The Ridge – Hawaiian Style

Today is Valentine’s Day, and there is a wedding on[...]